Ever since the release of Final Fantasy XV last November, the obscure names of Noctis and his crew have become well known among the JRPG community. Although FFVII will always hold a special place in our hearts (no pun intended) and is still to this day considered a fan favourite within the never ending franchise, the next question on everyone’s lips in relation to the Kingdom Hearts series is:
‘can we expect to see the characters from FF XV in Kingdom Hearts III?’
For the ill informed, Kingdom Heart is a beautifully written philosophical game series that merges all of your favourite Disney and Final Fantasy characters within the same universe. The narrative follows a young boy (partnered up with his beloved pals Donald and Goofy) in a quest to locate his friends and purge darkness from the universe.
The first two games were developed and released in the early 2000’s, with several cross platform filler titles and multiple iterations in an effort to remaster existing games. The long awaited third instalment has been delayed for well over a decade, though with the increasing technological developments of console hardware, we can expect to see major improvements within the next game. Although a release date has yet to be confirmed by the developers, we should also expect to see new environments that relate to the most recently released Disney titles, along with additional characters that have been introduced to the Final Fantasy series since the release of Kingdom Hearts II in 2005. Bear in mind that we’ve already spotted characters such as Sephiroth, Yuffie, Aerith, Cloud and even Squall in prior games. The most recent Final Fantasy characters would be ideal addition to the next instalment. 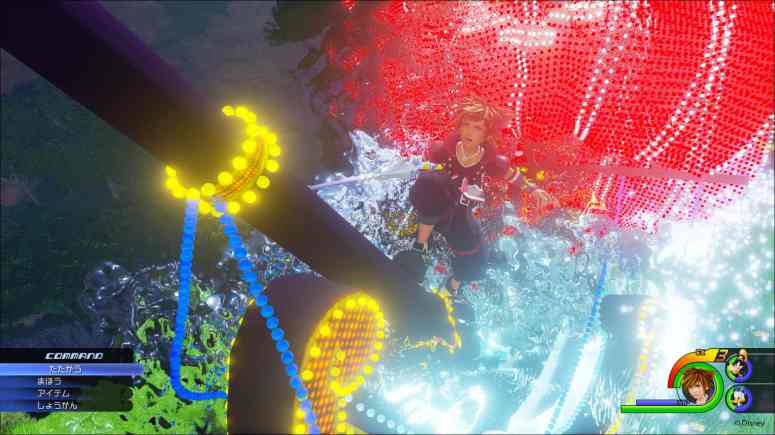 It’s also worth noting, as covered by TNH Online, Famitsu Weekly posted an article promoting the 15th Anniversary of Kingdom Heart. In the article, they polled which Final Fantasy character their users would most like to see in the next game. The winner of the poll was ‘Noctis’; the popularity of this character indicates that he’ll likely have a major role later on in the series. Additional rumours have been circulating, stating that KH3 will feature a female character as one of the stars of the series; the same string of rumours also state that this could in fact be ‘Lightning’ from the FFXIII instalments. Lightning is also a fan favourite, so regardless of the developer choices in relation to which characters will take part, the future of Kingdom Hearts is looking bright.
Who do you want to see make an appearance within the next game?
Tell us your thoughts by tweeting us at @JenChauMedia